Out With The Old (Character Controller)...

I wasn't entirely happy with the FPS character controller that comes stock with Unity.  While it does a good job of giving you an FPS-style feel (near-instant acceleration, turning on a dime, etc), it removes the opportunity for a bunch of physics-style gameplay as a result.  It was also total crap for smooth climbing in a cube-based world, and for some reason was often not detected properly by the block colliders.  For ZOMG Rockets!, I wanted all the physics-y fun of pure physics objects, FPS-style control, and smooth auto-climbing of one-block incremental height terrain.  So obviously something had to be done.
So I built a new character motor and input controller.  I tried to interfere with the built-in physics of the object as little as possible.  This was a bit tricky, since some of the characteristics of your standard FPS controller are decidedly against the laws of physics.  Here's how I put it together:


The overall result feels pretty natural, and should serve pretty well.  And since it's using a standard capsule collider and rigidbody, it interacts beautifully with other objects for block collisions and explosion ragdolling.  I also managed to resolve the "falling through the world while building under your feet" bug (I hope - let me know if you still see it).

I also made a couple of adjustments to explosions.  The explosive force has been expanded and tapered somewhat - explosions now throw things around slightly outside their damage zone, and apply that force in a slightly diminishing fashion (full force at center, half force at the outside edge).  This results in more ragdolling, without being ridiculous (during testing, I accidentally set the explosion force so high I lost sight of the ground when I got launched).

Cave-ins are looking better than ever: 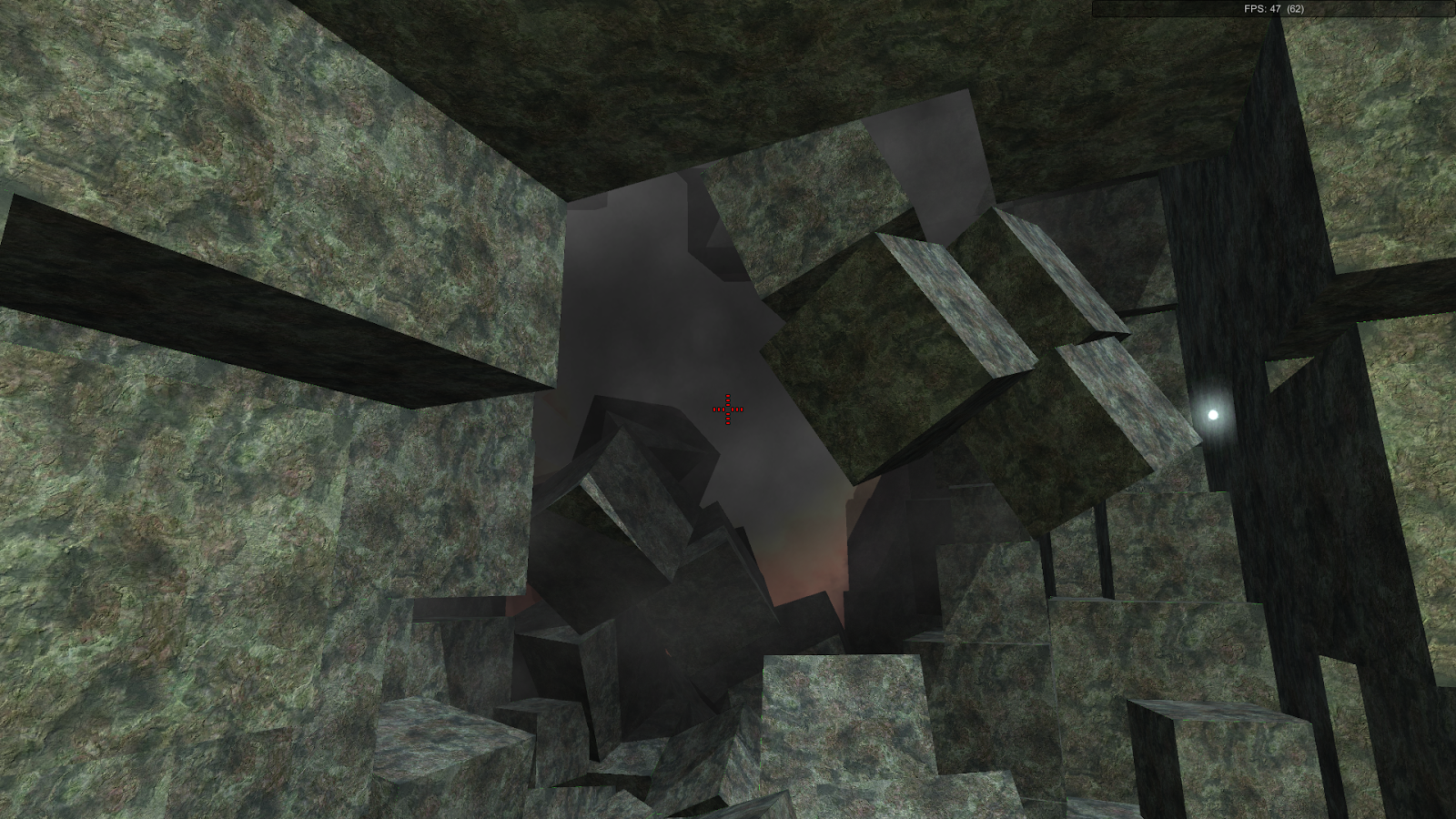 As always, you can play the latest build here.
Posted by CodeBison at 11:56 PM